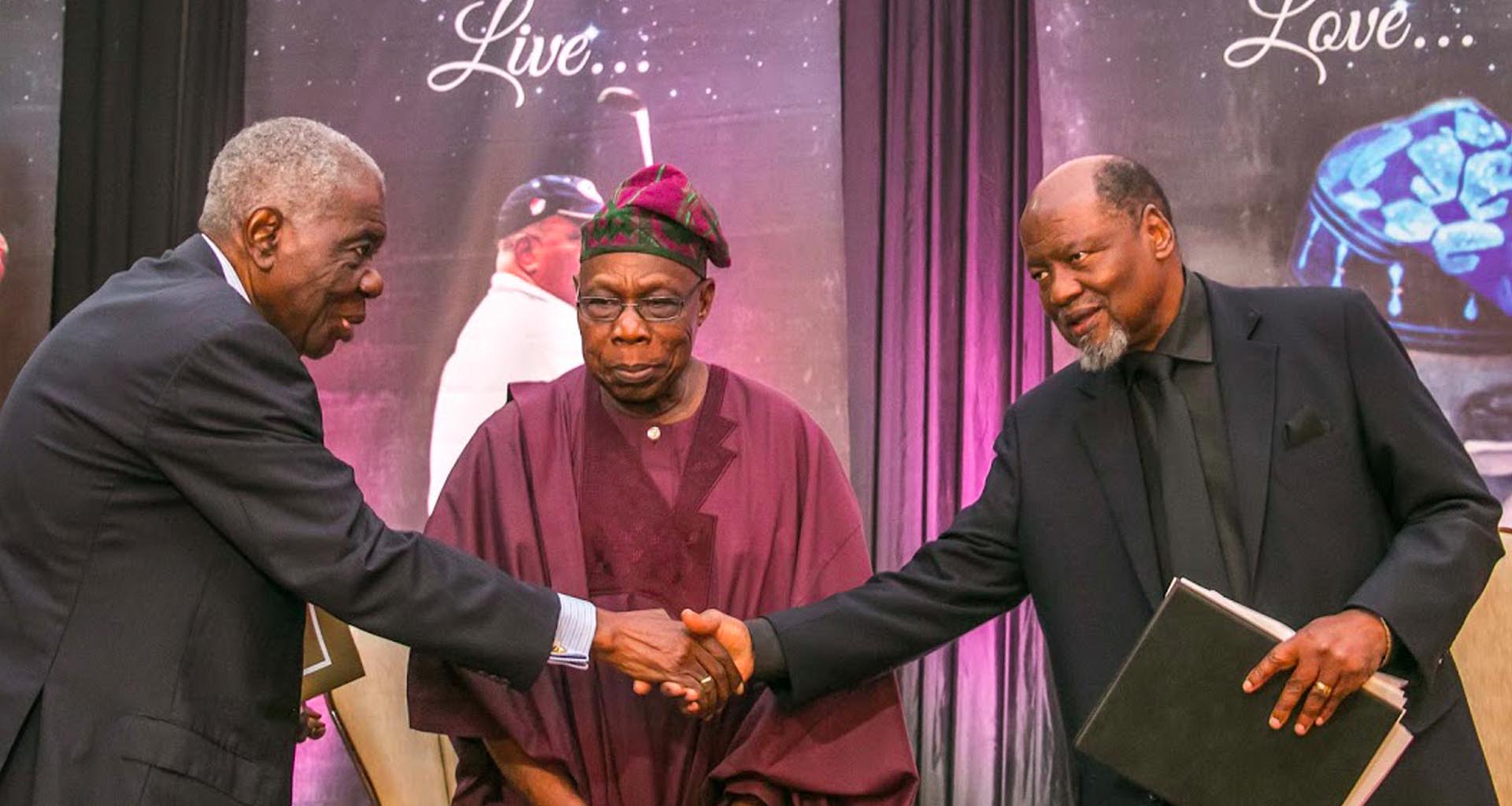 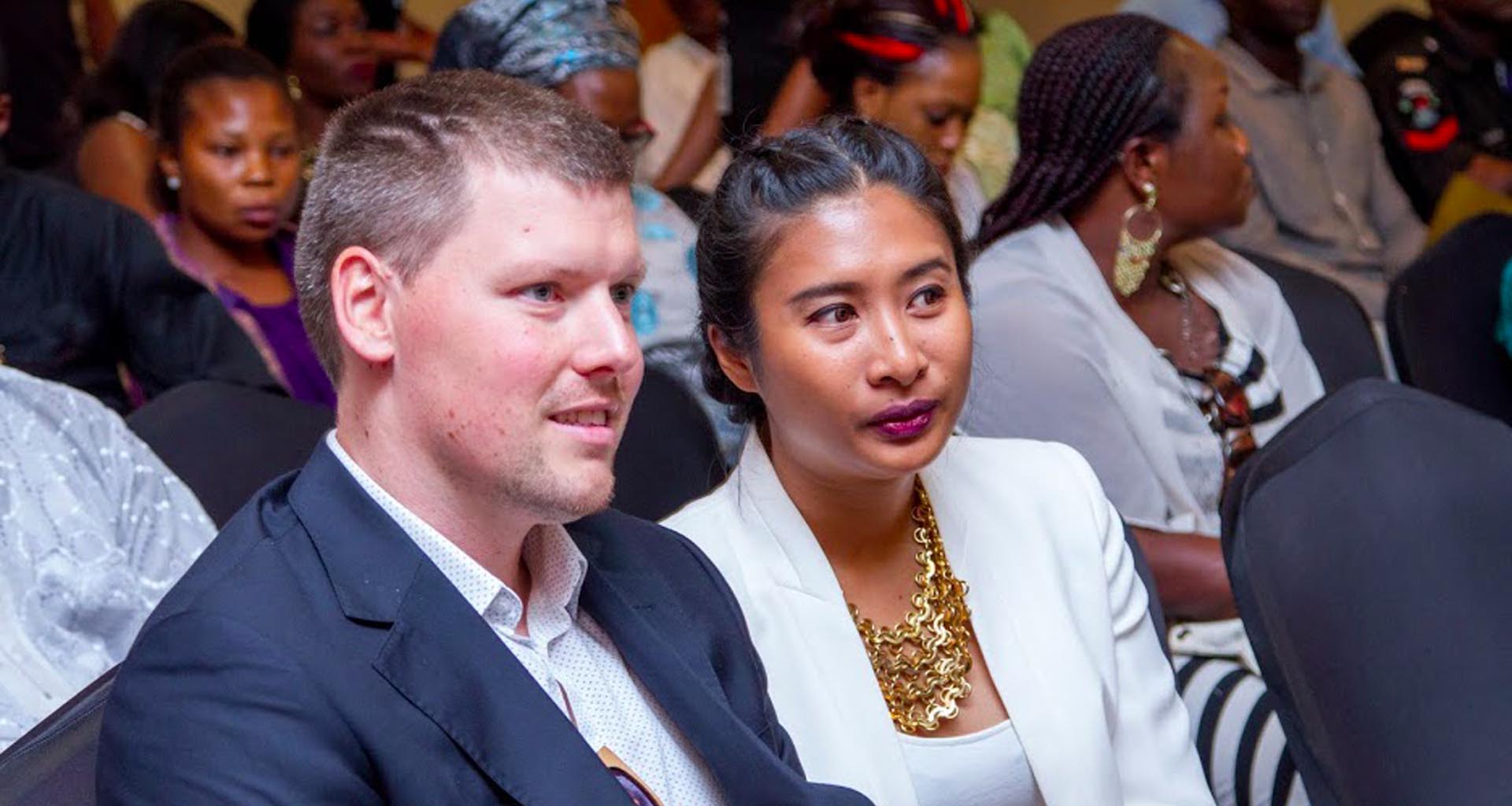 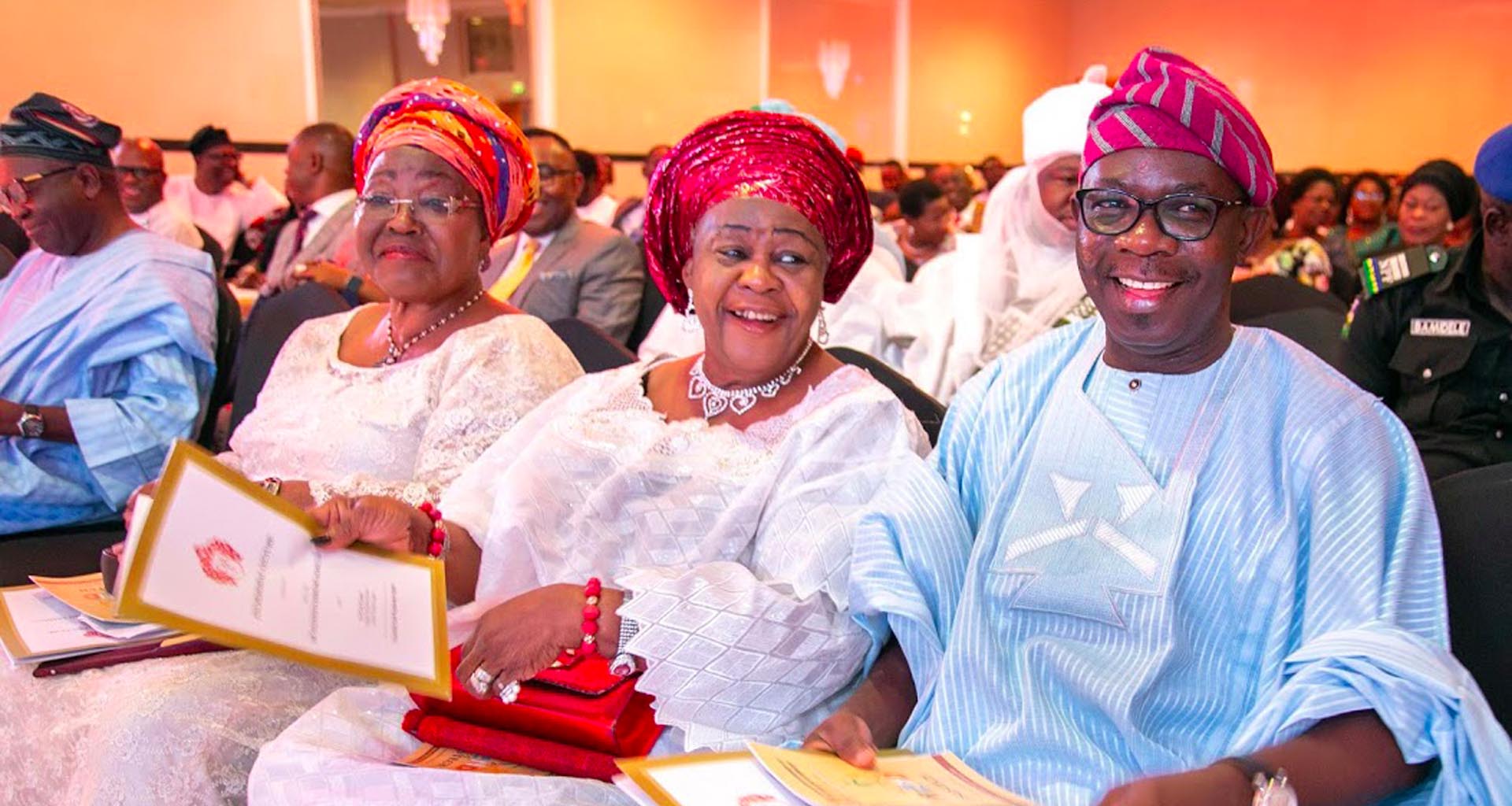 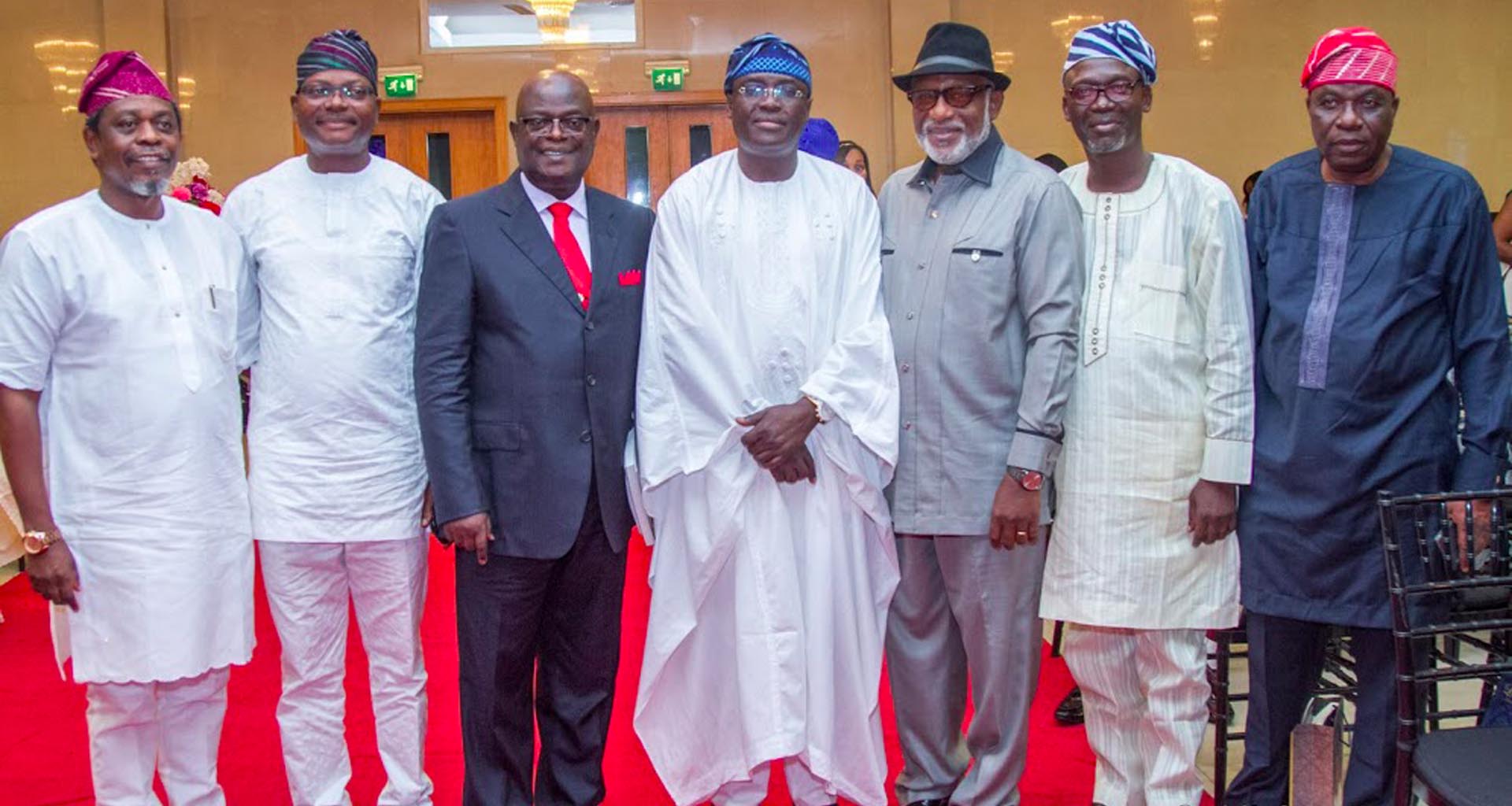 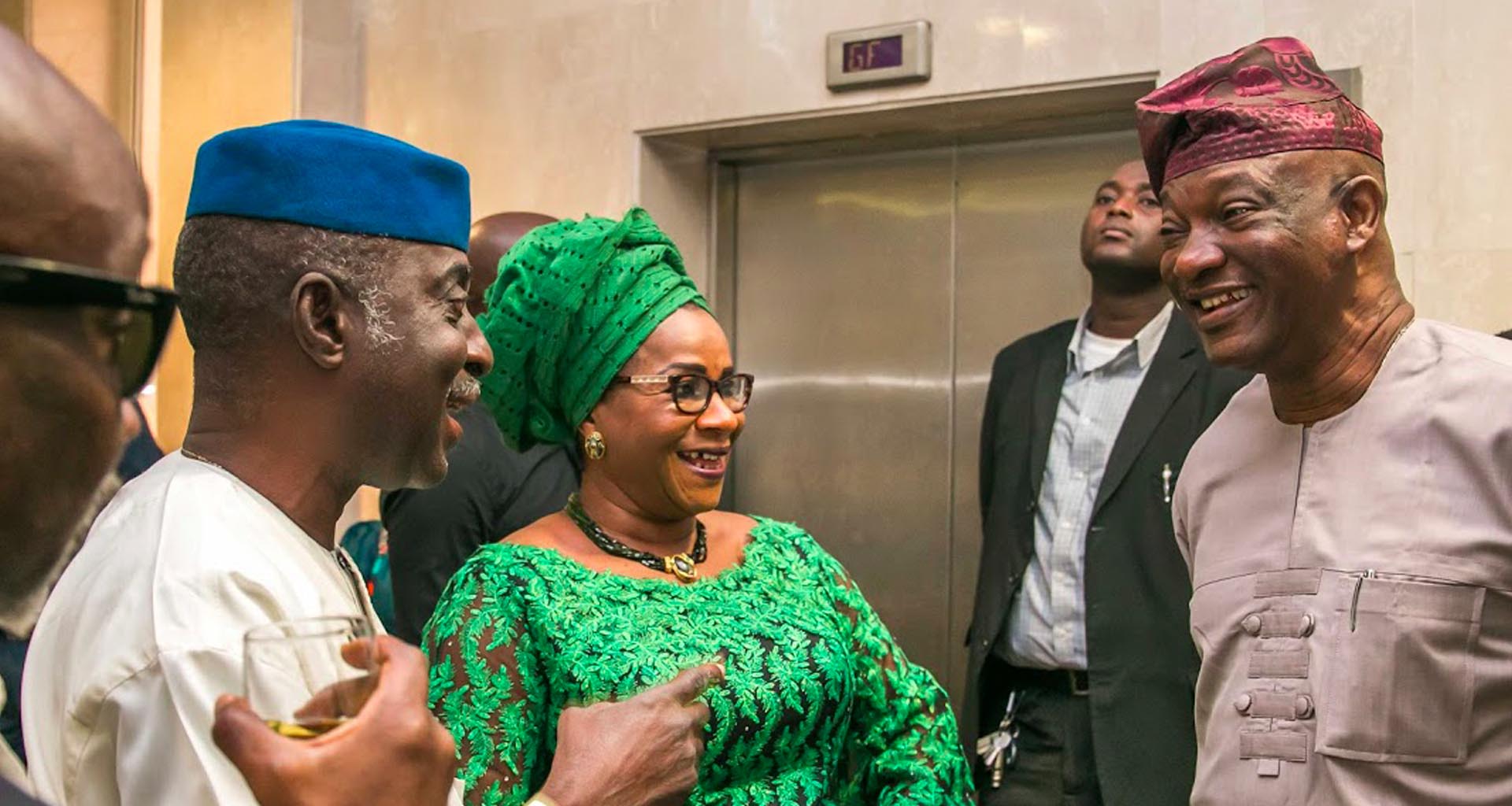 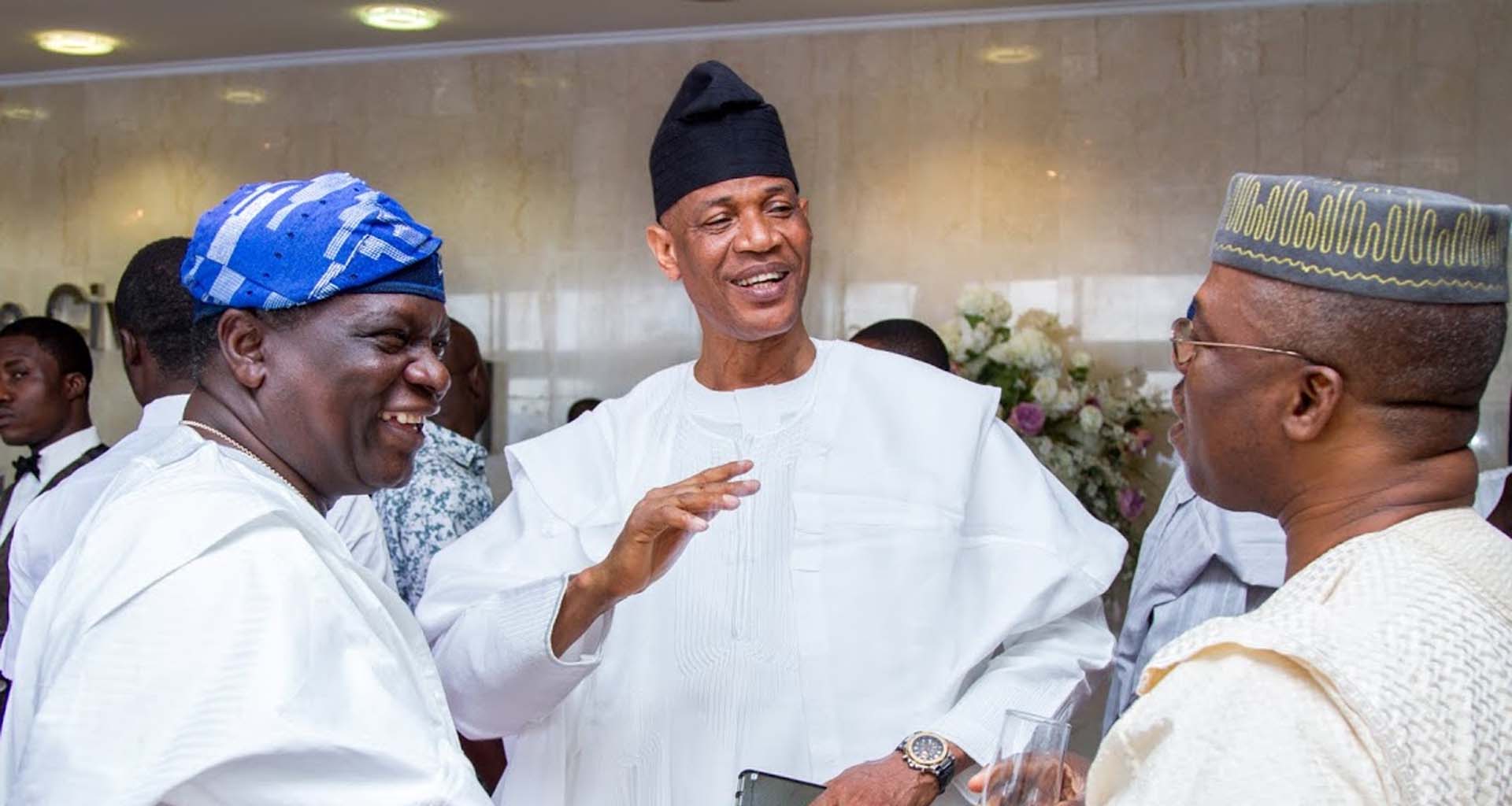 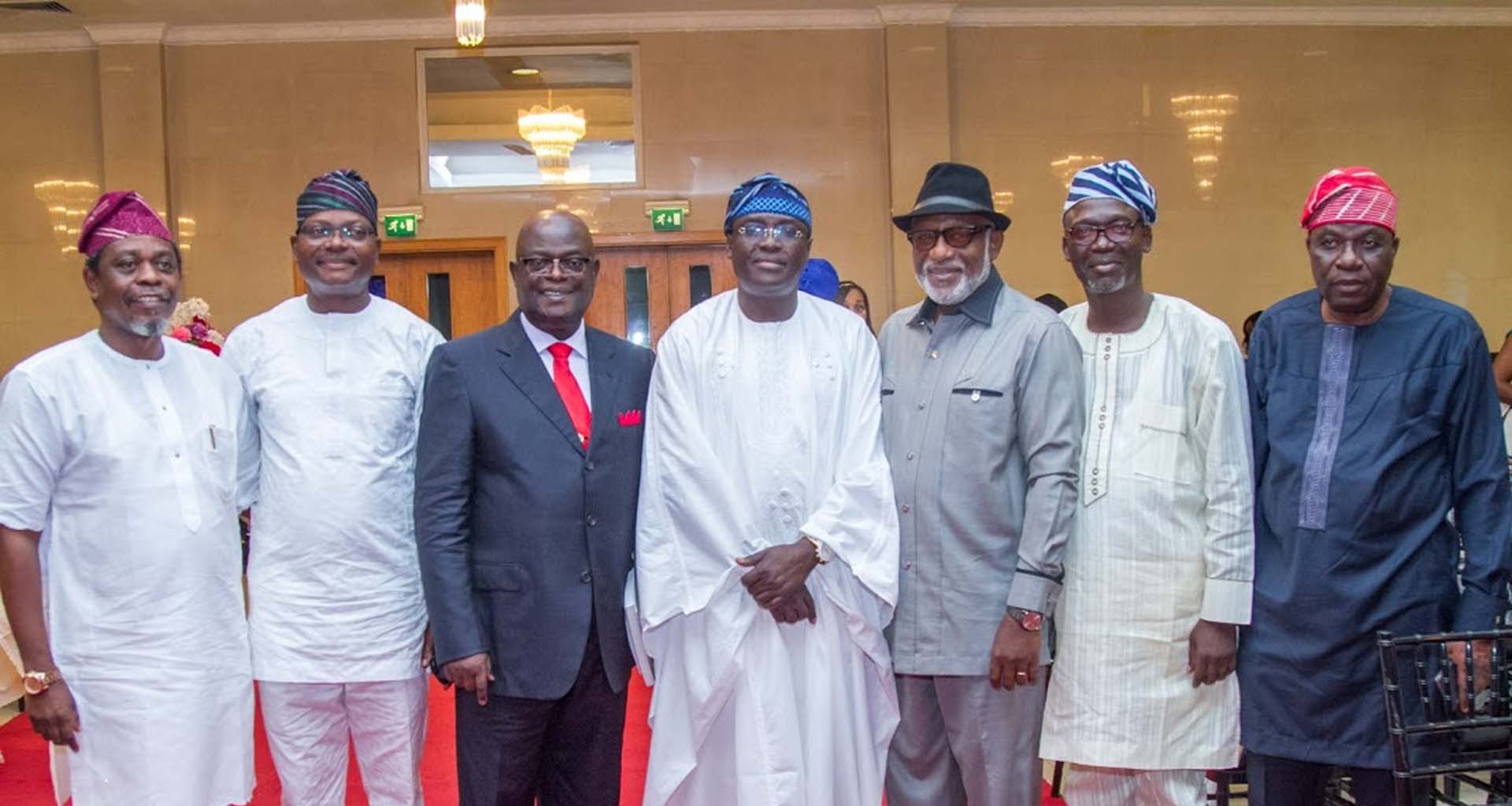 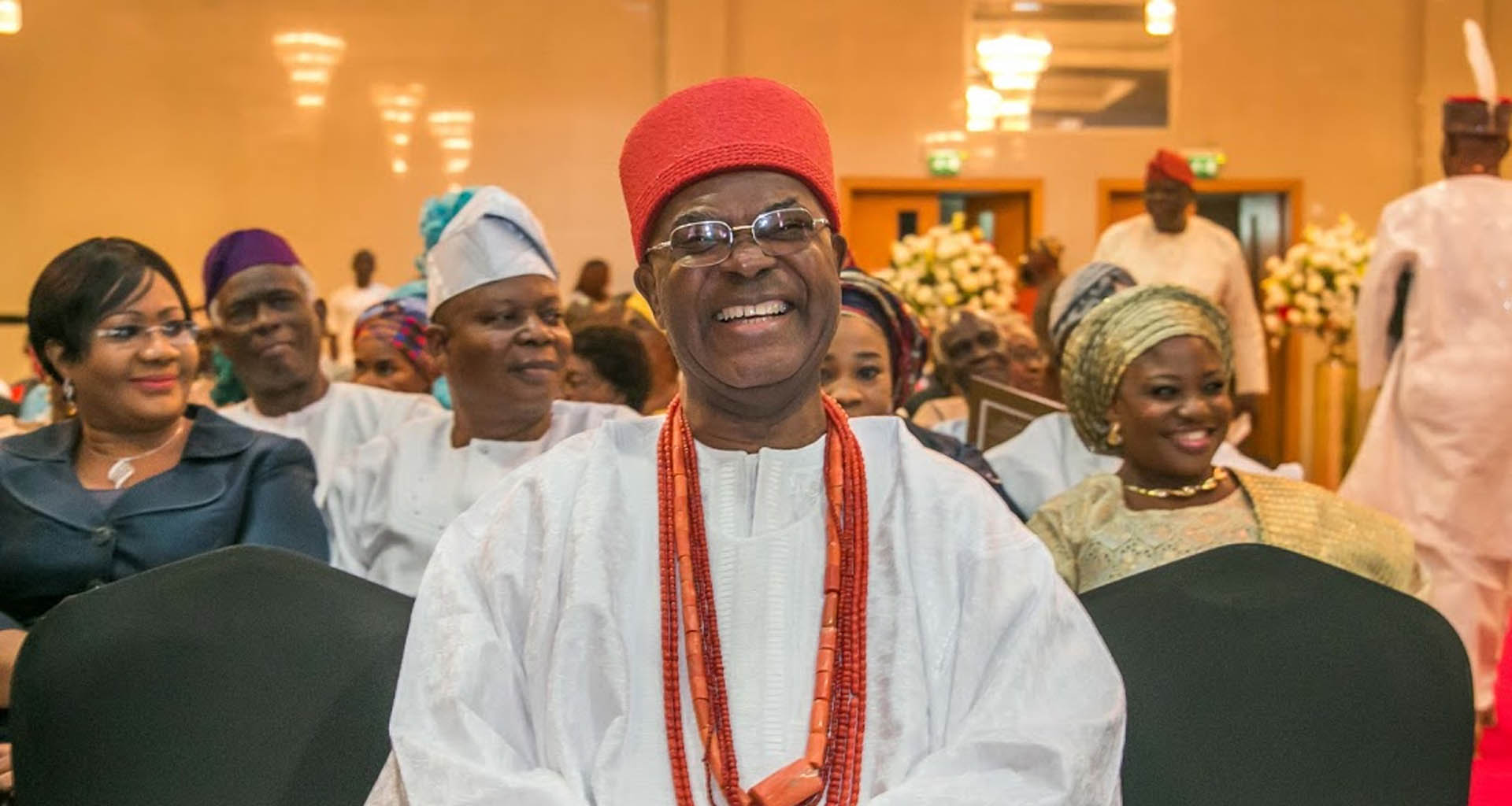 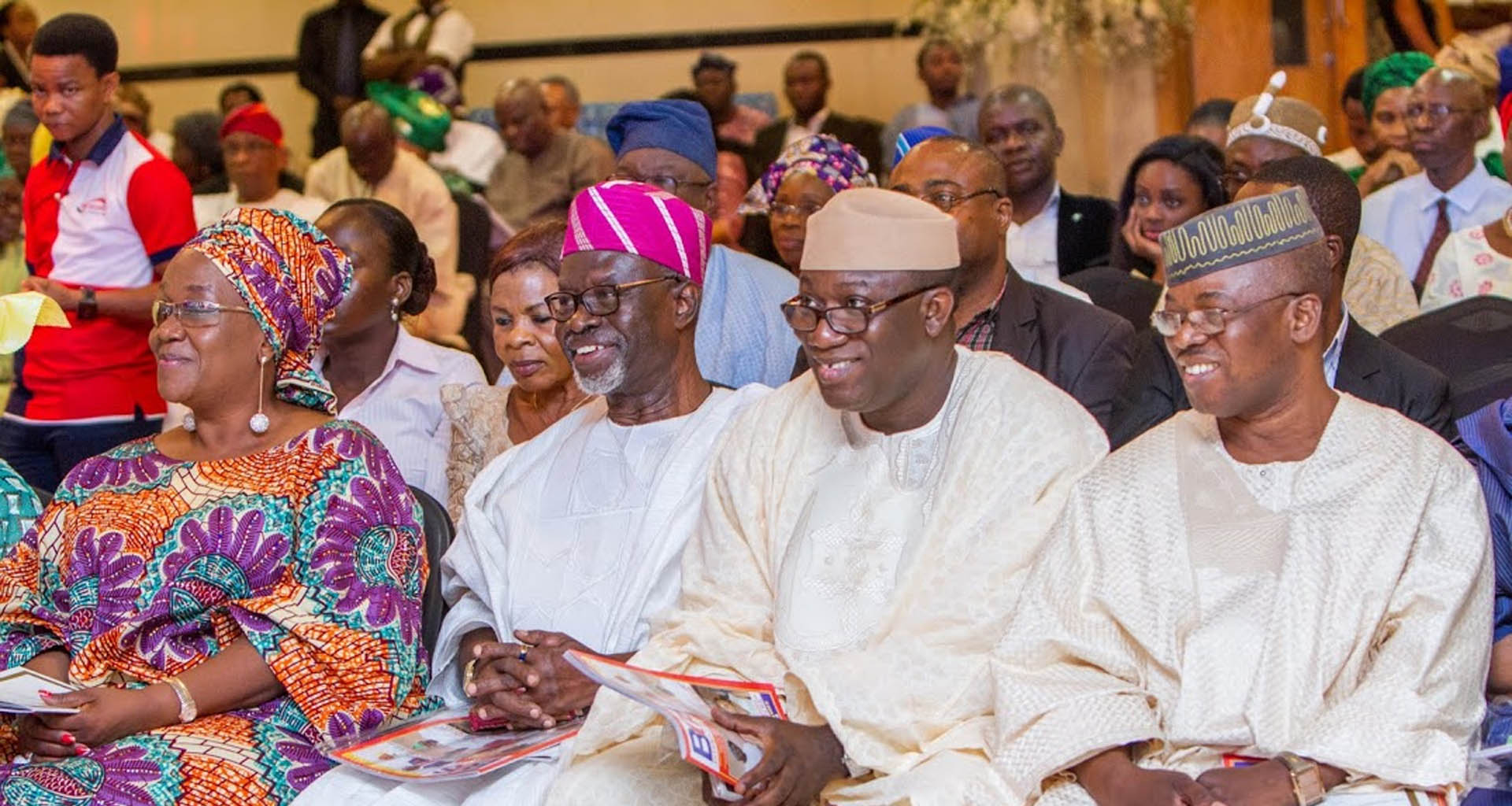 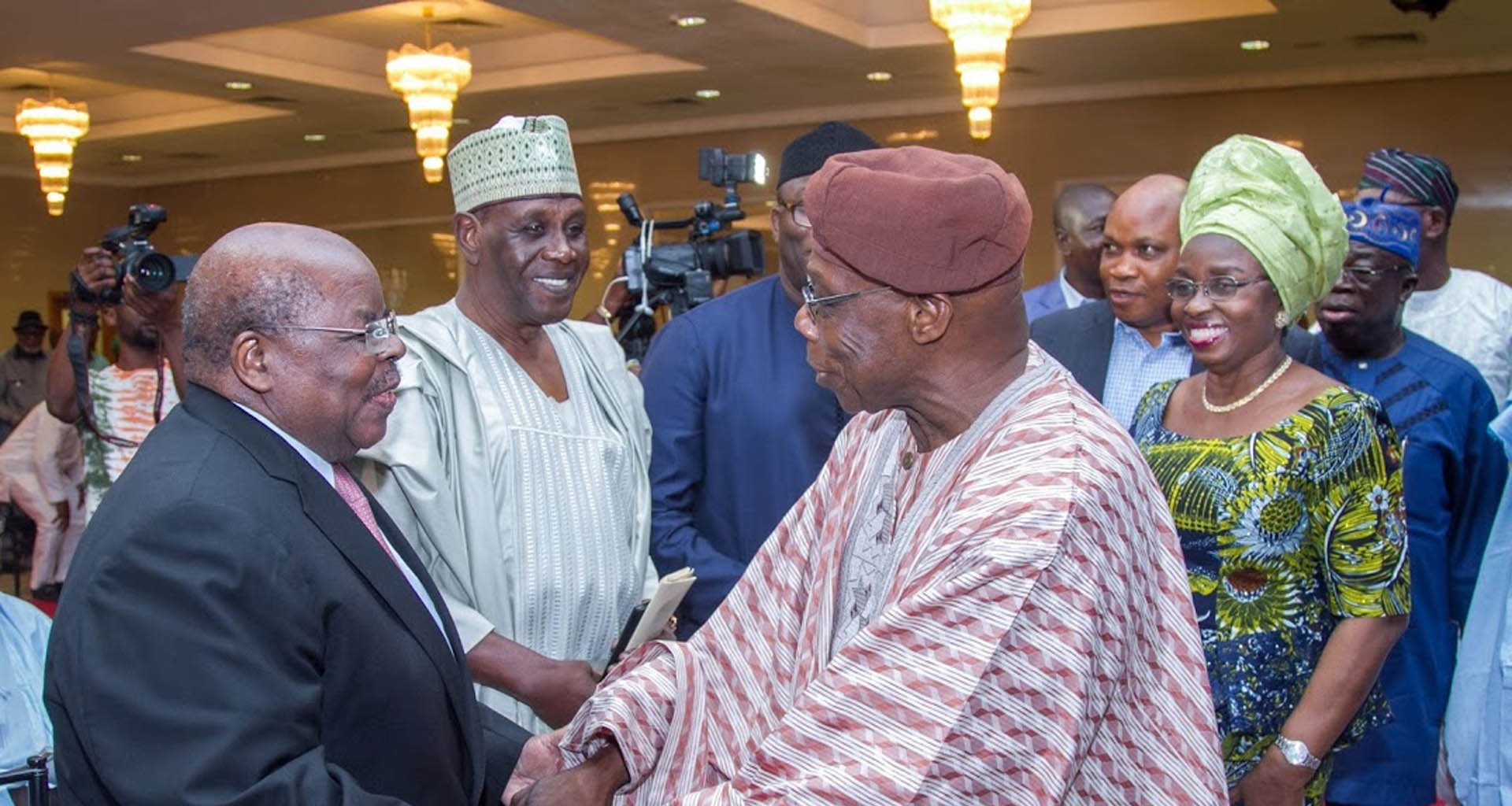 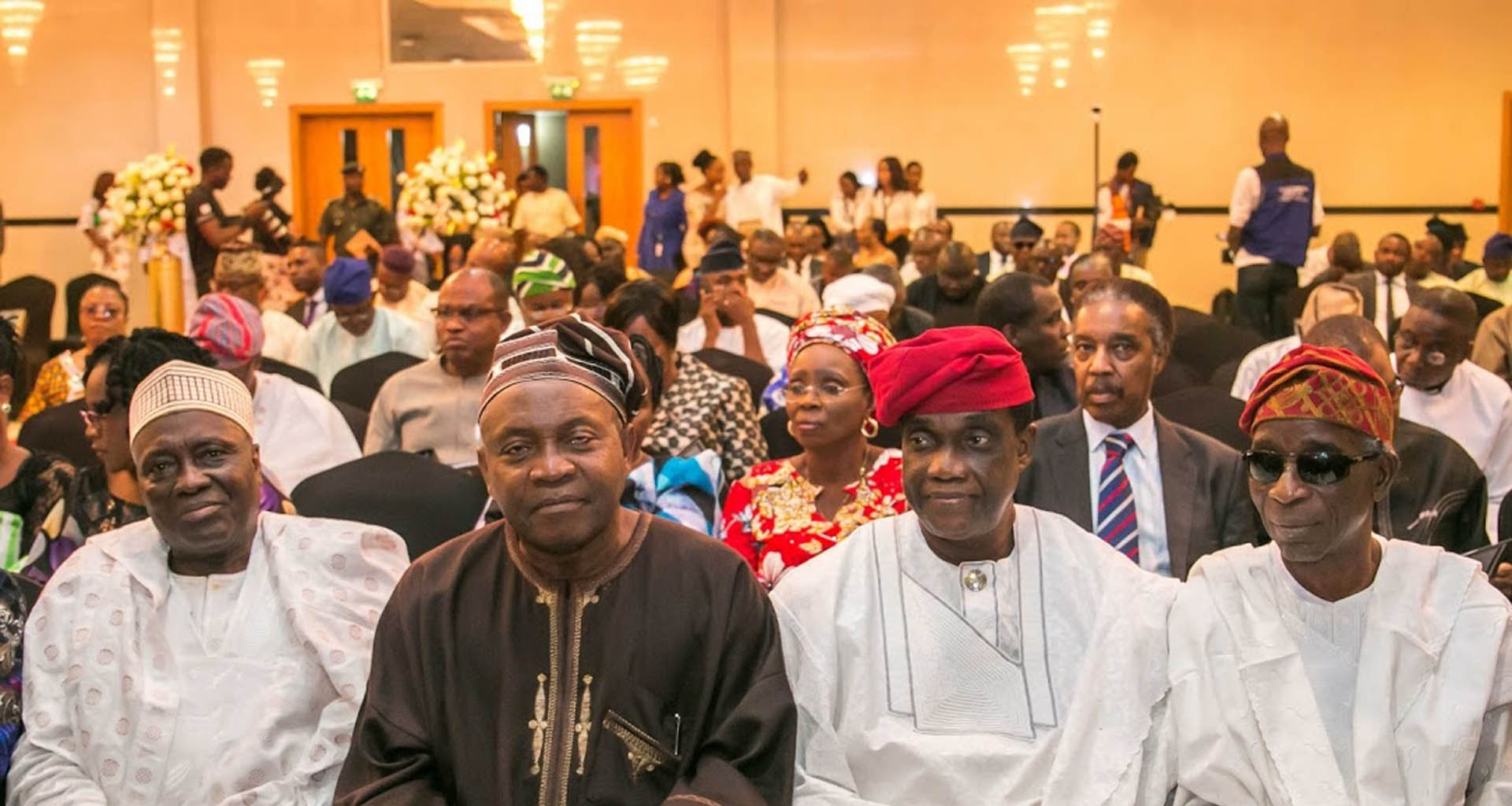 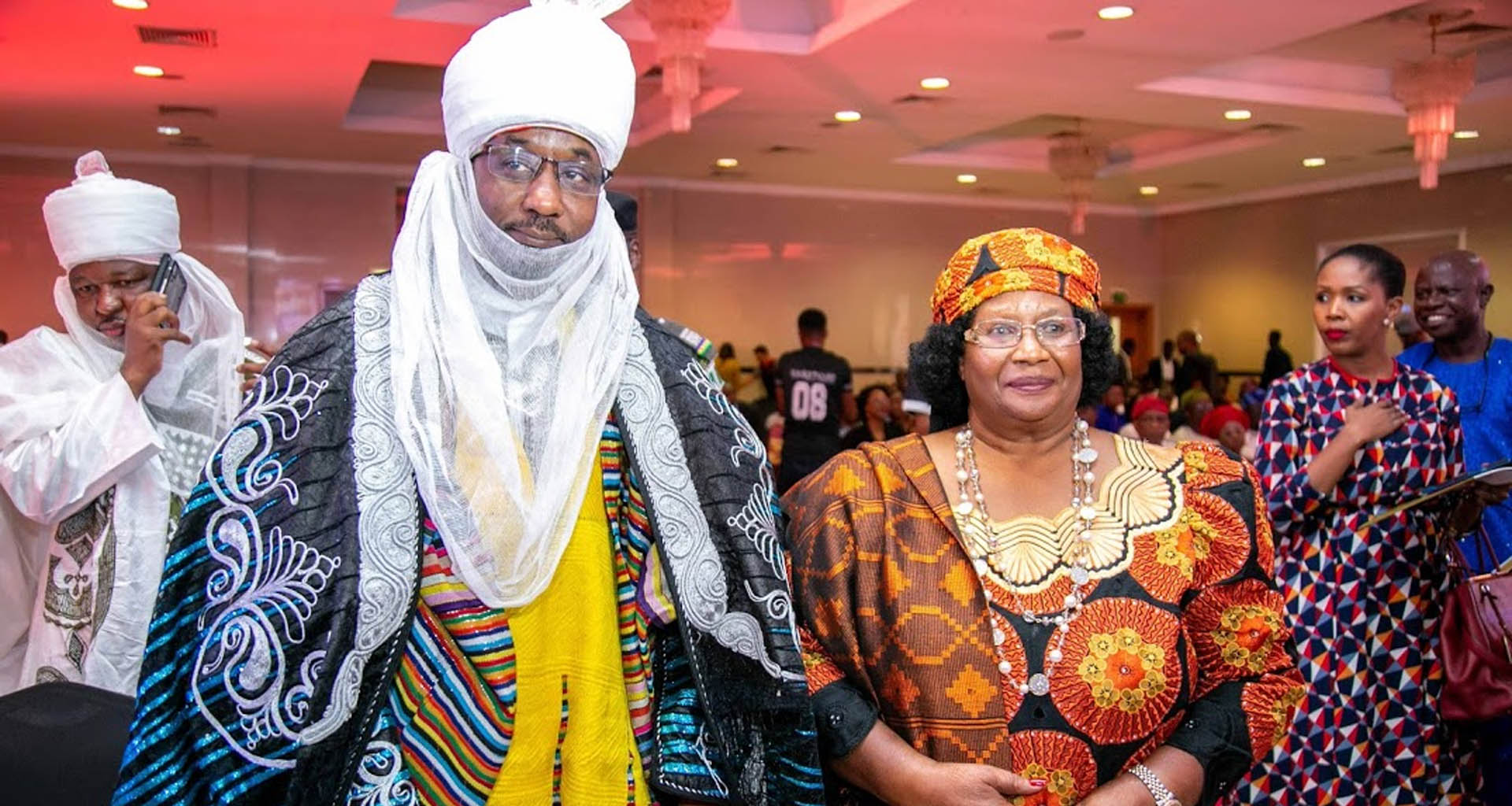 The Board of Trustees

The diligent team that ensures that the legacy of Dr. Olusegun Agagu is kept alive includes:

Through the kind generosity of our donors,  strategic partnerships and the assiduousness of the Board of Trustees, the Olusegun Agagu Foundation has built a strong range of innovative scholarships, prizes and progressive programs with some of the country’s most respected and important colleges and universities.

The impact of this has been education of over 200 economically disadvantaged students and indigenous people. The foundation holds the belief that any motivated individual in need should have the opportunity to further his or her education. By removing some of the financial burdens associated with going to, surviving in, and graduating from school, OAF plays a vital role in increasing college access and success for many motivated, yet underserved youth and young adults.

The grants provided are paid directly to the educational institution, for every student who qualifies, from admission to graduation.

Olusegun Kokumo Agagu was born in Okitipupa, Ondo State on 16 February, 1948 into the family of Chief Isaac Olorunfemi Agagu and Mrs. Leah Omopelumi Agagu. His father was a Local Council Chairman in Okitipupa and also the Ojomo of Osooro, the third in the traditional hierarchy of the Osooro Kingdom.

The young Olusegun grew up in several towns and cities of Nigeria, attending various primary schools in Okitipupa, Kano, and Ibadan. Thereafter, he proceeded to the prestigious Ibadan Grammar School (1961-1967) from which he graduated with flying colours. He gained admission into the premier university, the University of Ibadan, in 1968 and graduated at the top of his class with a B.Sc. (Hons) degree in Geology (1971). As an undergraduate, his academic record was replete with laurels and prizes. He won three under-graduate scholarships namely the Western State Scholarship, the University of Ibadan Scholarship and the Gulf Oil Company Scholarship.

ACADEMIA
Upon graduation, he accepted the appointment to work as a geologist offered by the Gulf Oil Company (now Chevron). After 14 months, he resigned and took up employment at the University of Ibadan as an Assistant Lecturer in Geology. His new job at the university offered half his Gulf Oil salary but Dr Agagu’s love for intellectual rigour spurred him to continue at the University of Ibadan where he sought the opportunity to study for higher degrees.

He taught Geology at the University of Ibadan for 16 years before voluntarily retiring as a Senior Lecturer and Acting Head of Department in 1988, having made up his mind early in life that he would retire from paid employment once he attained the age of 40 years. As an academic and a researcher he published several articles in reputable national and international journals and also authored more than 100 technical reports.

He also established many successful private businesses including a water borehole drilling company, a kaolin mining and processing company and several other mining companies including marble, feldspar and granite in different parts of the country.

PUBLIC SERVICE
Dr. Olusegun Agagu was elected Deputy Governor of Ondo State, Nigeria and served from January 1992 to November 1993. As the Deputy Governor in Ondo State, the combination of his knowledge as a Geologist, resourcefulness and his untiring efforts led to the State becoming an oil producing state, a feat that massively expanded the economic base of the State. His exceptional performance as Deputy Governor endeared him to the people and paved the way for a future in the exalted position as Governor a decade later.

Olusegun Agagu was appointed to the Federal Cabinet of Ministers by President Olusegun Obasanjo when civilian rule was re-established in 1999. He served as the Minister for Aviation (1999-2000) and as Minister for Power and Steel (2000-2002).

His 1-year stint at the Ministry of Aviation resulted in a dramatic turnaround of the sector. The pragmatic restructuring of the industry led to the creation of FAAN, NCAA, NAMA, NCAT and Nigerian Airways for effective administration and brought sanity to the hitherto chaotic situation at the airports. The 6-year ban placed on flights to and from Nigeria by the American Government because of poor aviation security was lifted within 6 months of him being Minister; the Nigerian College of Aviation and Technology, Zaria started to train pilots again after a 7-year hiatus occasioned by a lack of trainer aircraft; and the Nigerian Airways fleet grew from 1 to 7 aircrafts.

As Minister for Power and Steel, power generation increased from 1425 megawatts in 2000 when Olusegun Agagu took over to more than 4000 megawatts and with a complementary reinforcement of the transmission and distribution systems by the time he left in 2002. The three Steel Rolling Mills at Oshogbo, Katsina and Jos that had been non-operational for several years began to work while the privatization of the Ajaokuta Steel Plant and Aluminium Smeltering Company of Nigeria (ALSCON), Ikot Abasi progressed substantially. The foundation for the privatization of the Power Sector and unbundling of the Power Holding Company of Nigeria (PHCN) into different generation, distribution and transmission entities was also laid during his tenure. He remained a vital resource to the Federal Government of Nigeria on the Power Sector until his death.

Olusegun Agagu resigned as a Federal Minister in November 2002 to contest the election as Governor of Ondo State on the platform of the People’s Democratic Party (PDP) in Nigeria. He won and served Ondo State as Governor from May 2003 to February 2009. As Governor of Ondo State, he ran a clearly transparent, focused, prudent, visionary and efficient administration that led to a visible transformation across all the critical sectors of the State.

To start with, he instituted an unprecedented ‘results-driven’ planning approach to governance, based on his ‘Roadmap to Progress’, a 4-year calendarised policy document that came out of a month-long policy planning retreat involving 300 eminent sons and daughters of the state that he organised and held in the month preceding his assumption of office. This ‘Roadmap to Progress’ detailed what was to be achieved for the 11 critical sectors identified in the state – Agriculture; Education; Healthcare Delivery; Infrastructure; Industrialisation; Management of the Civil Service; Peace, Security and Dispensation of Justice; Poverty Alleviation; Tourism; Water Supply; and Youth, Sports and Social Welfare. It was widely distributed to policymakers as well as members of the general public and gave them, for the first time, a basis to understand the plans of the government as well as monitor performance in a clear and transparent manner. The net effect was an unprecedented spate of development spread evenly to every corner of the state.

Under his leadership, more than 1,200 kilometres of roads were tarred (compared to 596 kilometres tarred in the 27 years from 1976 when the state was created until his tenure as Governor in 2003). 800 units of 6-classroom blocks were constructed for the 1,200 schools in the state. Access to potable water supply increased from 4.5% to 52% across the state, while 203 standard Basic Health Centres and 18 standard Comprehensive Health Centres were established, one for each political ward and local government area (LGA) in the State respectively, in addition to ensuring that each of the 18 LGAs also had a General Hospital. This comprehensive healthcare strategy received an award from the UNDP and was proposed as a template to be adopted across the West African sub-region.

With the desired environment of peace and stability created, Olusegun Agagu then conceived and commenced the execution of the Olokola Free Trade Zone (OKFTZ) and Deep-Sea Port project, a 10,000 hectare complex with anticipated investment value of over $22 billion implemented as a joint venture by Ogun and Ondo States. The OKFTZ project was widely regarded as potentially one of the largest and most viable free trade zone facilities on the African continent and attracted investment from the Nigerian National Petroleum Corporation (NNPC), Shell Oil, ChevronTexaco and British Petroleum (BP) towards the establishment of one of the key components, the Olokola Liquefied Natural Gas plant (OKLNG). The OKFTZ project on completion is expected to create more than 50,000 jobs.

PROFESSIONAL AFFILIATIONS AND AWARDS
Dr. Olusegun Agagu was a man of many parts. He belonged to many national and international professional bodies including the Geological Society of America, the Geological Society of Africa and the Association of Petroleum Geologists. He was also a Fellow of the Nigerian Mining and Geosciences Society and a Fellow of the Nigerian Association of Petroleum Explorationists.

He received the award of the Citizen L’Órdre National du Merite, from the Government of France in 2000. He also received a National Award, the prestigious Commander of the Order of the Niger (CON) in 2012. He also received honorary Doctor of Science (D.Sc) degrees from the Nassarawa State University and the University of Uyo, Nigeria. He was also honoured with the Key to the City of Baltimore.

In social capacity, he also received several honorary chieftaincy titles for his contributions to the society some of which are The Ajanuku of Osooro Kingdom, The Gbobaniyi of Iloko-Ijesha, Osun State, The Atunluse of Idoani and The Atunluse of Ondo State. ‘Átunluse’ means ‘repairer of the city’.

HIS PASSING
Dr. Olusegun Agagu passed away on 13 September 2013. His death came as a massive shock to the nation. Until he passed on, Dr. Olusegun Agagu was a loving family man and was married to his school sweetheart and dance partner, Mrs. Olufunke Agagu, for more than 39 years. Their union was blessed with three children. He is also survived by seven grandchildren…and counting